Why Intensive Glycemic Control Do More Harm Than Good?

The reason behind the guidelines that recommended lower HbA1c targets (<7% or <6.5%) is that more intensive blood sugar control would reduce microvascular complications such as retinopathy and nephropathy over many years of treatment with medications.

However, the evidence for reduction is inconsistent, and reductions were seen only in surrogate microvascular measures such as the presence of excess proteins in the urine.

Clinical trials show that achieving an HbA1c between 7% and 8% will best balance long-term benefits with harms such as low blood sugar, other medication-related adverse effects, medication burden, and costs.

The ACCORD trial, which targeted an HbA1c <6.5% and achieved the lowest target HbA1c level of the included studies (6.4%), was discontinued early because of increased overall death, cardiovascular mortality, and severe low blood sugar events.

The ADVANCE study also failed to find a statistically significant clinical benefit and had more adverse effects with an achieved median HbA1c of 6.4% vs 7.0%. In addition, more intensive treatment to achieve a lower target is more costly and associated with increased patient burden.

The UKPDS 33 trial showed that treatment to a target of about 7% with a sulfonylurea and insulin if needed in adults with newly diagnosed diabetes did not reduce the risk of any diabetes-related end point or all-cause mortality after 10 years but was associated with a small absolute reduction in these outcomes after 17 years of follow-up.

While we acknowledge the damage caused by glucotoxicity, we ignore the insulin toxicity. Multivariate analysis of the EuroDiab study revealed the stunning conclusion that glucotoxicity, as measured by Hemoglobin A1C was not a significant risk factor.

Multiple other studies confirmed the EuroDiab results. The Golden Years Cohort Study followed 400 type 1 diabetic patients who lived over 50 years managing their disease. This group had beaten the odds and survived. What was their secret? One thing became clear.

The secret was not tight blood glucose control.

The Golden Cohort’s average A1C was 7.6% — well over the standard recommended target of 7.0%. This level could only be described according to standard management as ‘poor’. Some had A1C measurements in the 8.5–9.0% range, yet still far out-lived the average. Strikingly, no Golden Cohort patient had an A1C in the normal range!

Clearly, glucotoxicity was not the major player here.

Recently on march 2018 a new set of global guidelines have been developed to manage diabetes. American College of Physicians (ACP) recommends moderate blood sugar control targets for most patients with type 2 diabetes.

American College of Physicians (ACP) is asking clinicians to treat adults with Type 2 diabetes less aggressively and targets a Haemoglobin A1c (HbA1c is a test that represents blood glucose control over the preceding three months) of 7% to 8%, against the current recommendation of below 6.5%. It asks clinicians to deintensify drug therapy in patients with HbA1c levels of less than 6.5%.

The new guidance from the American College of Physicians (ACP) supporting higher glycated hemoglobin (HbA1c) targets for pharmacotherapy in adults with type 2 diabetes (T2D), published in the Annals of Internal Medicine, has been the target of criticism from several diabetes organizations including indian doctors.

So, why do some of us still obsess over blood glucose numbers in Type 2 Diabetes ?

Unfortunately, it’s likely because diabetes specialists have not yet understood that this disease is about hyperinsulinemia, not hyperglycaemia. The drug companies, on the other hand, are all to happy to leave the status quo, which is extraordinarily profitable for them.

About the Author: zen 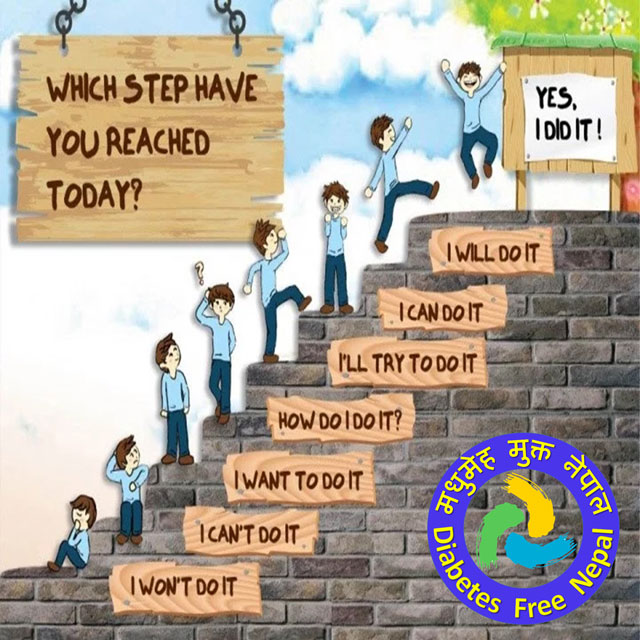